Defensive Fighting (Salmukaran Pahi Benefit)
When parrying a blow during combat, a Salmukaran pahi's weapon is considered one step higher in size.

An ancient and proud people, Salmukarans were the first people in the world blessed with the sacred parşu of civilization, and with it, they built the first estates of the gods from the black land of the sacred rivers in Khamaz. Their cities were rich and majestic, their knowledge expansive and revolutionary. But with this wealth and bounty came conflict and envy, and Salmukarans have a long history of fighting to protect the blessings of the gods from those who would take them for themselves.

Even in exile, with the Doom of Nibiru shattering their lands and cities and casting the rubble down into the Star Sea, Salmukarans carry the gods and their sacred parşu with them. New lands will be found. New estates will be built. Atlantis, Borea, the Crescent Kingdoms, all have enjoyed the fruits of the Salmukarans’ first plucking. Now they can repay that bounty, in full.
Posted by Andrew Devenney at 9:47 AM No comments:

The Cultures of Khamaz - The Lost Garden of the Sun

Far across the world ocean was once a mysterious land of ancient cities, fertile river valleys, and arid deserts, the true name of which was unknown by those in Borea or simply forgotten to time. Ancient Vanorans knew it as Khamaz and spoke tall tales of demon lizard shibboleths and gods in living form ruling the land from great temple platforms in its cities. Older than Vanor, more ancient than Mhedia, more antique perhaps than even Hyperborea and Atlantis, Khamaz was a primordial land -- the Garden of the Sun -- known only to those who could see into the Deep.

And then, within the living memory of only the most wizened elder, a great calamity befell Khamaz, and the land was gone.

But not its people.

The first refugees to Borea came as but a trickle, isolated landings in great sailing ships whose passengers carried statues of their gods and lamented the coming of Nibiru. Soon, a great flood of humanity swept across Borea, spreading throughout the southern lands of the continent from east to west. A proud people brought low by disaster, the arriving Khamazi peoples were not content to remain as refugees and castoffs in a foreign land, and they soon turned their attentions to carving new homes into the face of the land.

Today, Khamazi communities are found throughout the South of Borea, both along the eastern coasts and the Gleaming Isles and along the western shores of Mhedia and the Southern Reach. In some lands, they are a useful but distrusted minority, using their past learning and cultural knowledge as a currency to buy new stations from the old elites. In others, however, they have become lords and conquerors themselves. As lords and elites plot to destroy their enemies and armies prepare to clash across the South, Khamazi watch the preparations warily. They will not lose all they have regained so easily. The Doom will not befall them again.

The next several posts on Tales of Hrimgate will add flesh to the various Khamazi peoples that have migrated to Borea. All have been built with RuneQuest 6 in mind. The list below will be updated with appropriate links when posts go live.

Posted by Andrew Devenney at 1:31 PM No comments: 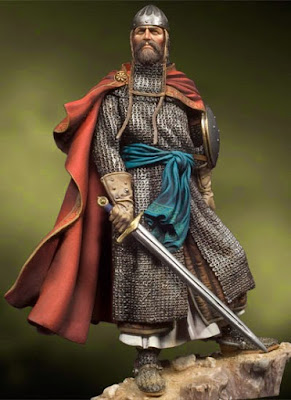 This culture was created by Rich Forest for his War in the North Campaign last year. The original can be found at Superhero Necromancer.

Formation Fighting (Vandal Soldier Benefit)
Permits a group of three or more warriors to draw into close formation, placing more open or disordered opponents at a disadvantage (provided the ‘unit’ cannot be outflanked) and thus reducing each foe’s Action Points by one if they engage.

The Vandals first served as mercenaries in Atlantean armies hundreds of years ago. Today, there is a Vandal kingdom on the northwest coast of Atlantis itself. Vandals still fight alongside Atlantean Kingdoms against the rising threat of the Asturian Empire, with its undead hordes.

Vandals are common along the northern coasts of Atlantis and southern coasts of Borea. When seen, it is often in the company of Atlanteans, either as traders, as bodyguards, as mercenary recruiters, or as scholars. Most Vandals speak High Atlantean, but their scholars and elites study the old Vandal tongue, which was closely related to the tongues of the Hothar, Iotar, and Thiudar. These scholars travel the world to learn the legends of Old Hoary Beard, the Sail Filler, the Tree Breaker, the one northern god still worshiped among the Vandal people.
Posted by Andrew Devenney at 11:16 AM No comments:

Cults of Atlantis: The True Atlanteans 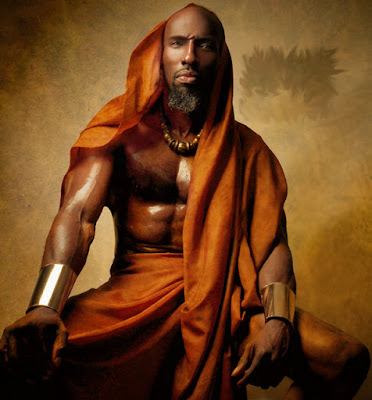 This mystic cult was designed by Rich Forest for the Magisterium Campaign.

Atlantis is the city of paragons. Its people strive for excellence in their crafts, as it is through prowess that men and women reveal and honor the God Within. When an Atlantean comes closer to understanding the God Within, they begin to leave behind the limits of the body. True Atlanteans are not a class or caste apart. They are members of the community and neighborhood like all others. However, they are respected for their excellence and achievements, and their counsel is often sought and weighed heavily when wisdom is needed.

Cults of the Inner Sea: The Atlantean Conclave 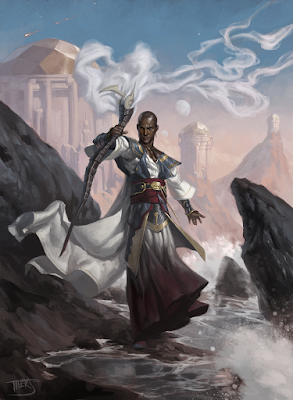 This sorcery cult was designed by Rich Forest for the Magisterium Campaign.

The Atlantean Conclave is an organization of Atlantean sorcerers of diverse backgrounds, ethnicities, and traditions who have banded together for mutual support and benefit in this strange northern city. The conclave provides tutelage and services for the Atlantean community of Andrassos and acts as an anchor for visitors and traders from Atlantis. Nearly all Atlanteans of note in Andrassos are members, including traders, local business people, Paragons, and seafarers. Most members are not themselves sorcerers. Every Atlantean sorcerer in Andrassos is a member of the conclave, with one exception: the mysterious founder of the cult of the Atlantean Mysteries keeps apart. The leaders of the Atlantean Conclave, for their part, disapprove of the actions of this mysterious rogue Atlantean who shares lost secrets with any wealthy local who joins that cult.

Only Atlanteans are allowed to join the conclave.

Cults of Atlantis: The Society of Paragon Seafarers 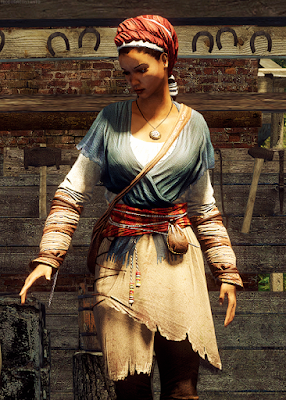 The Society of Paragon Seafarers

The City of Atlantis is a city of seafarers. The people of Atlantis are the people of the sea. The highest expression of the god within is expertise, excellence, and prowess. Is it any wonder that among the Atlanteans the Paragon Seafarers have arisen? It is not.

Paragon Seafarers have sailed Atlantean vessels around the entire circle of the world. Wherever Atlanteans are found, seafarers are among them, for it is the seafarer who brought them safely across dangerous waters.

Careers of Atlantis: Paragons and Seafarers 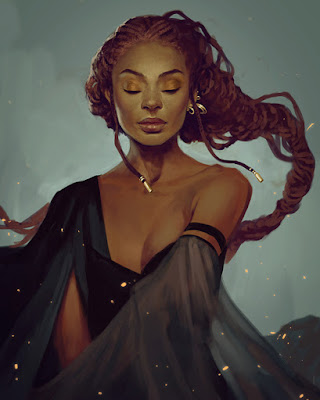 The following are two specialist careers for RuneQuest 6 characters using the Atlantean culture posted yesterday. These were created by Rich Forest for the world of Hrimgate.

Many Atlanteans seek unity with their own God Within. A paragon is one who has found it. Through this search the paragon gains great mastery of one or more skills and even of their own mind and body. Paragons are respected as heroes, leaders, and guides in Atlantean communities.

Professional Skills
Craft (any), Culture (any), Language (any), Literacy (any), Lore (any), Meditation, Mysticism

Paragon Seafarers have sailed Atlantean vessels around the entire circle of the world. Wherever Atlanteans are found, seafarers are among them, for it is the seafarer who brought them safely across dangerous waters. 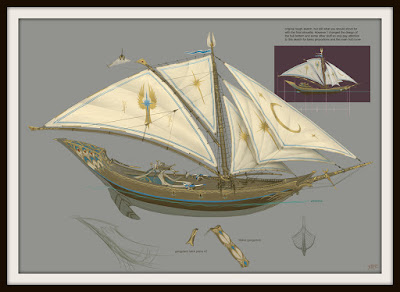 Posted by Andrew Devenney at 1:03 PM No comments:

Nerds, Geeks, and All Things RPG